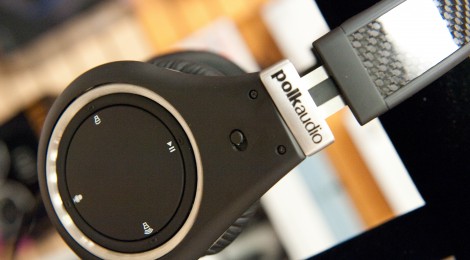 The Polk Audio UltraFocus 8000 is a headphone we recently got into the shop that I thought looked interesting.  It’s rather large for a noise canceling headphone, usually used for travel.  It does have some unique features and a unique look that makes it stand out though.  The carbon fiber look and Push-To-Hear control are some interesting features I’ll go into more later on.  The one thing I could tell about these headphones right away that I didn’t like was that, unlike most of our noise cancelling headphones, it didn’t produce sound without the battery power turned on.  Do the other features of this headphone make up for this shortcoming? 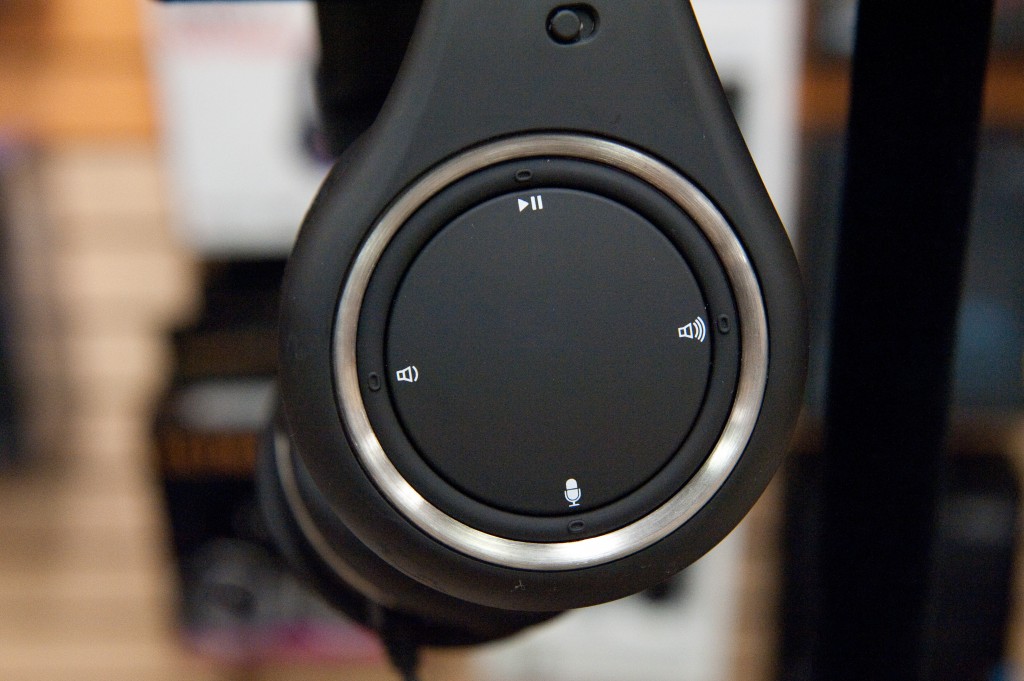 First off this is a basshead’s noise cancelling headphone.  It really stands out as better than anything else I’ve heard when used for dubstep or electronic music.  It’s a forward sounding headphone with the highs and mids being very present and detailed without being fatiguing.  When used with other types of music it comes across fairly balanced with a bump in the low end.  These don’t produce much of the whir sound made by many noise canceling headphones and you really have to try to hear it for it to be present.  The 8000 also has a unique sound feature called Push-To-Hear which allows you to, at the push of a button, hear whats going on around you while leaving the headphones on.  I would imagine this feature would be very helpful while traveling as you then wouldn’t have to remove the headphones to get directions from attendants.  Overall I was impressed with the sound of these headphones and really enjoyed listening to them. 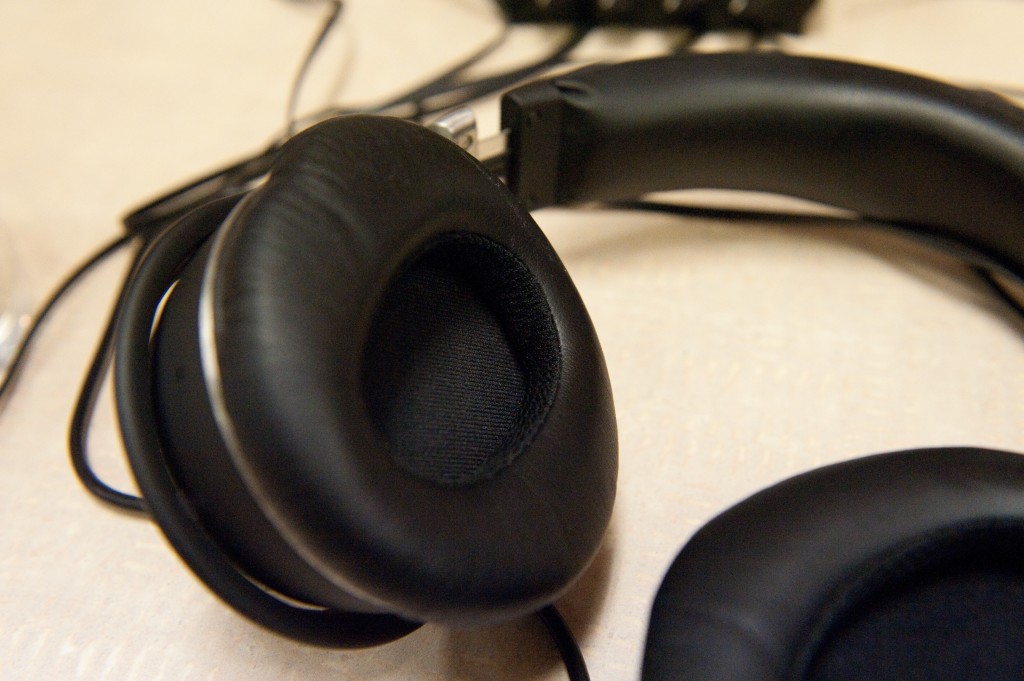 These are a fully around the ear headphone with great padding around the ears and on the headband.  The earpads use a leathery material that creates a good seal to outside noise.  I would have thought these would get hot but they didn’t seem to for the time I wore them.  I have a larger head and these fit me just fine but they aren’t so big that they wouldn’t fit someone with a smaller head as well.  These are a rather large headphone and are a little heavy because of it, but no more so than other full size headphones.

These seem like a great travel headphone to me, though large.  They do fold down flat but have a large area they take up when you do so.  The issue I would have using these day to day is the need to run the ANC all the time to get sound.  When you’re batteries go dead so do your headphones.  This is a big downside for their versatility.  They do use AAA batteries so for long trips you can always just bring along spare batteries rather than having to find a place to charge them halfway through your trip.  Musically they are very versatile although best suited to music with heavy bass.  They worked exceedingly well for dubstep and hiphop, but may be a bit to bassy for classic rock, country, and folk for some.  They also feature controls on the side of the cup to control the Push-To-Hear function as well as play/pause and volume. These added controls allow you to control your device without having it in your hand. 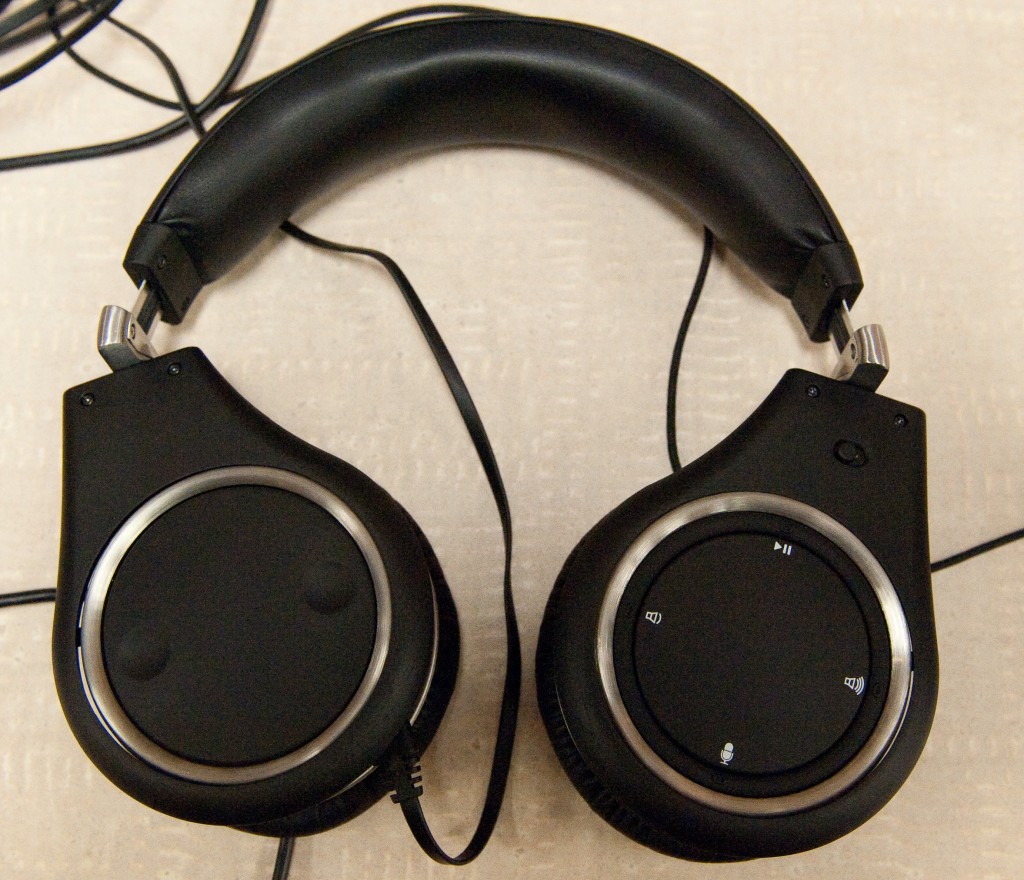 These aren’t a cheap headphone at $350 but aren’t out of line with what most ANC headphones cost either.  The sound is impressive as is the build quality.  Given the added features and sound that these headphones produce I don’t think they are a bad value at the price.  They sit squarely in the range of what ANC headphones tend to cost.  Not a steal but not something you’re going to regret purchasing either. 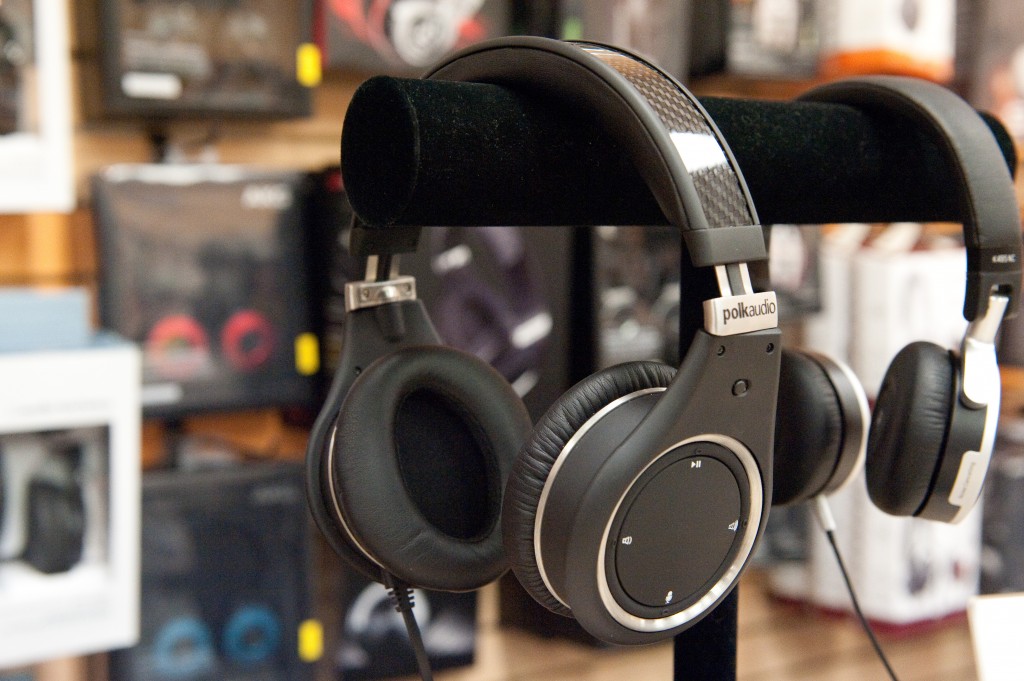 Overall I was pretty impressed with these headphones.  They sound good, look good, and have a very unique features in the Push-To-Hear control.  I like the look, though the carbon may not be for everyone, these are a modern looking headphone.  The two areas it falls a bit behind is the battery issue and their overall size.  These headphones take up a lot of space but when you spend a lot of time traveling I would look more into the comfort and sound, which these are great for.